Memories From The Past:Mogul - Build Me a Hunchback(2008) 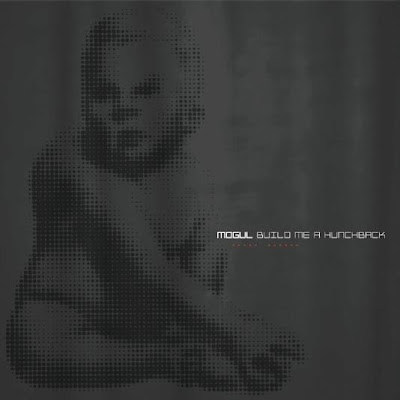 (From Facebook page)
In 2001, the city of Waregem (Belgium) spits out a fiery-hot guitar band. At first, this bunch of newborn crowd pleasers makes itself known under the name of "A last fine day". Shortly after, the group changes its name to "Mogul" (inspired by "Project Mogul", the military code name for a research project to discover extraterrestrial life forms). Stoner Rock became the band's main religion, which pays off as they took home the much-acclaimed Belgian music award "Stubru Demopoll" up to 3 times! At the dawn of February 2006, Mogul launches its first EP recorded at Hype Studio. By means of 7 tracks, Mogul tries to reach its audience with a rawness that simulates the sensation of a live, pure rock sound. Steaming power rock combined with catchy rhythms take the auditor away to a desert-like atmosphere that proved the preferred playground for other Stoner Rock icons such as Chris Goss. In November 2007, Mogul enters the studio to work on its first full album under the surveillance of Buzzville Records. With the help of live mixing-specialist Koen Vanhee, the band commits itself to several months of recording. Under the influence of Alan Ward, the album gets the definite sound. The title itself being a fragment from one of the album's songs, "Return the blues", it refers to the many expectations, stress and hard work, which went together with the realization of Mogul's first work of art. Finally, Mogul can be proud of its musical quest and can boast a mouth-watering first album!