Memories From The Past:Elephantum - Sedimentation(2002) 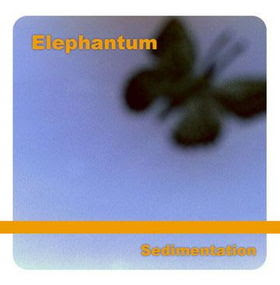 Elephantum was a psychedelic rock band from the Netherlands. It existed between 1998 and 2004. It came forth out of “Cosmic Insect”. Founding members Michiel Ferweda (guitars) and Matthijs Herder (vocals & guitars) tried several line-ups before settling with drummer Marc Fien and bassist Niels Keijzer. This line-up was active under the name “SAND”. .. .. In January 2001 the “Transhuman Entity” album was recorded. A 40-minute odyssey which the press described as a perfect fusion between Kyuss and Pink Floyd. In June of the same year a 5 track EP was recorded with Emiel van de Berg on bassguitar. These recordings later surfaced as the “Sedimentation” EP and were mixed by Marcel van der Vondervoort (of ..Astrosoniq.. fame). It consisted of shorter and poppier tracks. After a name change into Elephantum and several line-up changes the band re-grouped with Stone In Egypt's old rhythm section at the end of 2003 and the Sedimentaiton EP saw a worldwide release thru ..Freebird Records... But in 2004, after a period of extensive gigging (with Astrosoniq, Los Natas, Dozer, Epica, Wall Of Sleep among many others) the band decided to call it a day. .. .. Elephantum was featured on the first two volumes of the ..Stonerrock.com compilation.. albums and on ..Fuzzorama's.. "Ultimate Fuzz Collection vol 1". .. .. The last Elephantum line-up consisting of Matthijs Herder, Michiel Ferweda, Han Schilder and Robert Koole is now active as ..Oceana Company.. and their debut album “For The Boatman” will be released in September 2008 through Space Jam Records